It’s been a quite a while, but here is a new post!  This was inspired after seeing green pork on an episode of Diners, Drive-ins, and Dives.  I looked up several recipes online and made my own version.  Unfortunately, it is the wrong time of year for tomatillo, so I had to use canned ones.  As usual, I used forest fed pork from www.forestfed.com, by far the best pork I’ve ever found.  Enjoy!

Procedure:
This is a very simple dish that turned out great.  First, I made the tomatillo salsa.  If I was using fresh tomatillos, I would have needed to boil them, but since I used canned, that wasn’t necessary.  I just combined the tomatillos, about half of the onion, a large bunch of cilantro, a few cloves of garlic, and the juice from a lime in a blender, then pulsed until smooth.  This made a full blender full of salsa.  Next, I prepared the slow cooker by placing the rest of the chopped up onion, a poblano pepper sliced into strips, and some cilantro in the bottom.  I placed the pork butt, chopped in 2 inch cubes on top of this base.  I then added salt and pepper, some more cilantro, and poured a little over half of the salsa onto the pork, and stirred it in.  The rest of the salsa was reserved for use as a dip or garnish. The slow cooker was set on low for about 12 hours.  I served the pork with rice and beans, and homemade tortillas courtesy of my wife. 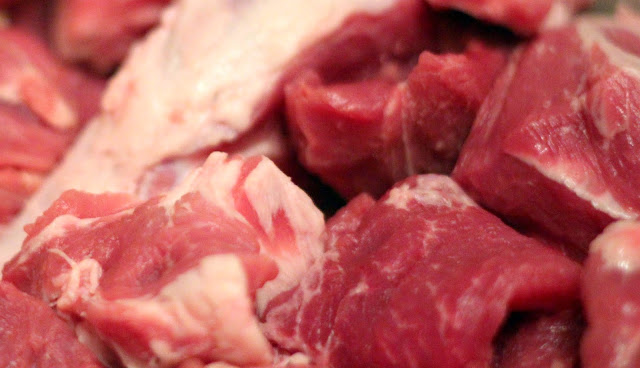 The beautiful boston butt from www.forestfed.com 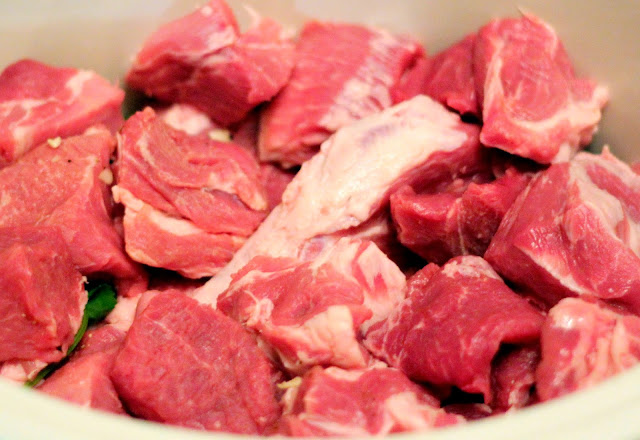 The pork in the slow cooker,with onion, poblano pepper, garlic, and cilantro below. 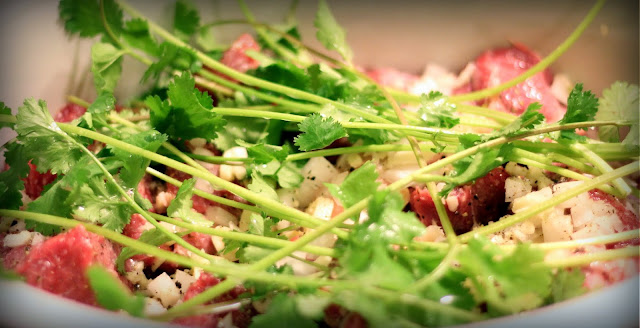 Poured the tomatillo salsa over everything 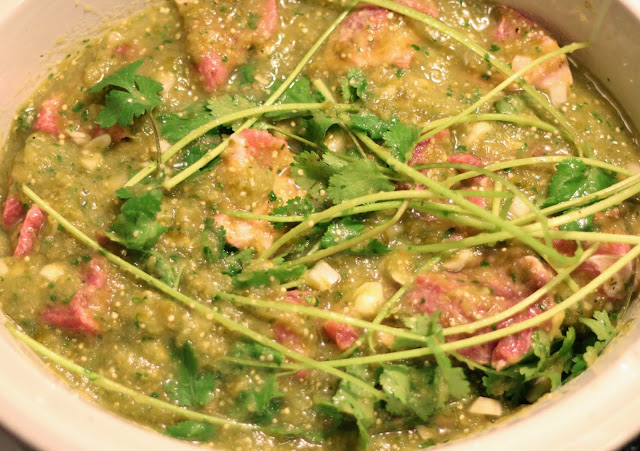 And mixed it in a little.  Slow cookers are awesome! 12 hours later....

I was a little worried about using the canned tomatillos, but this came out great!  This is a great example of why pork shoulder is my favorite type of meat.  You can add some simple seasoning, put it on a low source of heat, just leave it alone, and come back to something delicious!  Carlyn’s homemade tortillas were great, as always, and the rice and beans were a fitting side. 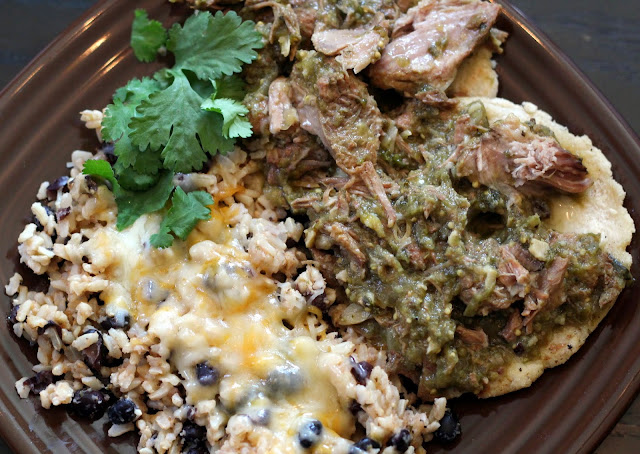 The final product, with homemade tortillas and some rice and beans.  A simple, hearty meal. 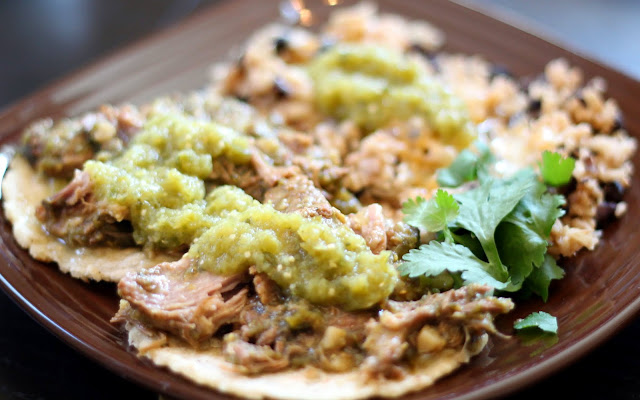 Even better with some extra salsa

You're back! Long time no see. This looks AMAZING, wow. Canned tomatillos are one of those produce items that are actually pretty decent, like tomatoes when they're not in season. Great recipe, thanks for sharing!

Thanks! I plan to start posting regularly again. I have some bacon curing right now that I'll write up when it's done, in about 5 or 6 days.

Deliciousness of the Past